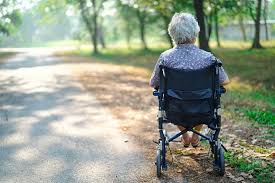 Janice was once a beautiful woman, smart, and funny. She had traveled to Kuwait and Spain to teach English and had been loved by her students. Jane was abused by her alcoholic father throughout her childhood and as often happens, she married an abusive man. Her vow to herself was that she would have a big family of happy, well-adjusted children to fix her FOO (Family of Origin.)

In case you have such a vow-drop it and get healed. The past will not be different. Jane had a string of miscarriages and now, completely lost, she, too became an alcoholic. This also often happens. But there was some hope. She went to a Rehab and was able to quit drinking. This is a great accomplishment, I thought. As it turned out, she substituted prescription drugs for the booze.

That was when I met her. We became friends. I admired her quitting drinking, her ready laughter and her kindness. I drove her to various doctor appointments, because what are friends for? It turned out she was going to the various doctors to get drugs. She didn’t tell them about all the other drugs that other doctors were giving her. It took me months to figure out that I was actually helping her kill herself.

She had rashes, her intestines were dysfunctional and she couldn’t sleep. As it turned out, these were all side effects of the drugs, for which she sought more drugs, until she landed in the hospital with a burst intestine. I was horrified to learn that I was listed as the one to decide when to pull the plug! While caring for her cat in her absence, I noticed the piles of drugs around her apartment. I noticed she had gotten 100 tablets of Oxycontin two weeks before the burst intestine and she had taken almost all of them.

I wrote down the names of the drugs and researched the side effects. Janice survived and I gave her the list of side effects and told her I wouldn’t take her to the doctors anymore, but I would take her back to the Rehab. That was a year ago and she hasn’t really spoken to me since. Her leg was amputated about six months ago. Due to new laws, she can no longer get all those drugs and she’s flipping out.

I would still take her to Rehab, but I’m afraid she doesn’t want to go. She says she’s like this because her father abused her and she had a bad life. Look, a lot of us have had a bad life. I have compassion, but we just have this life and it’s a damned shame to let some long-dead father continue to ruin it, right?

I just saw her having yet another panic attack in the lobby and it made me sad. She doesn’t have many years left, and the last forty years of her life could have been so much better.

‘For all sad words of tongue and pen,

Je' is a writer, artist, and stand up philosopher. She founded and directed two non-profit organizations for disadvantaged children and their families, served as a missionary for three years, is the author of several books and teaches art. Twitter: @jeczaja FB: https://www.facebook.com/grannysavage Amazon Author page: http://www.amazon.com/-/e/B00IU4RWKE
View all posts by Je' Czaja aka Granny Savage »
« So Much Fun It Should Be Illegal-Redneck Bird Sculptures
Serious Artists My Arse »