How is your week going? Good, I hope.

The hero of my forthcoming book also fears spiders, lives on the edge of a rain forest, and the girl he loves has a banana spider crawling up her back…

Excerpt from As Sparks Fly Upward:

….. Kern was afflicted with a particularly onerous condition for a child born on the edge of the rain forest; a condition we call arachnophobia, but the scientists who would one day make big words to describe perfectly natural human reactions had not been born yet, and when they were born they would not live on the edge of a rain forest.

Regarding arachnids, Kern said simply that he “hated the bastas,” and if he could have crossed space and time, he would have loved to deposit an angry scorpion on the scientist who came up with the word “arachnophobia.”

“What’s wrong?” he would love to have said to the screaming, flailing, lab-trashing scientist, “Got a little touch of arachnophobia, do you?”

(Later in the story) They scrambled up the tree and Lemli felt the tickly tendrils of a spider web on her face and arms and let out a panicky shriek. “What is it?!” Kern asked. “SPIDER!” Lemli answered with a shudder. “OH @#$%#&*,” thought Kern, watching it crawl up Lemli’s back. He steeled himself and smacked it, not once, once only wounded it! but three times, with his bare hand, his bare hand that was the same size as crunchy on the outside, gooey on the inside, nasty, bird-eating Banana Spider.

In later years, and secretly, Kern would think of this as the most heroic moment of his life. 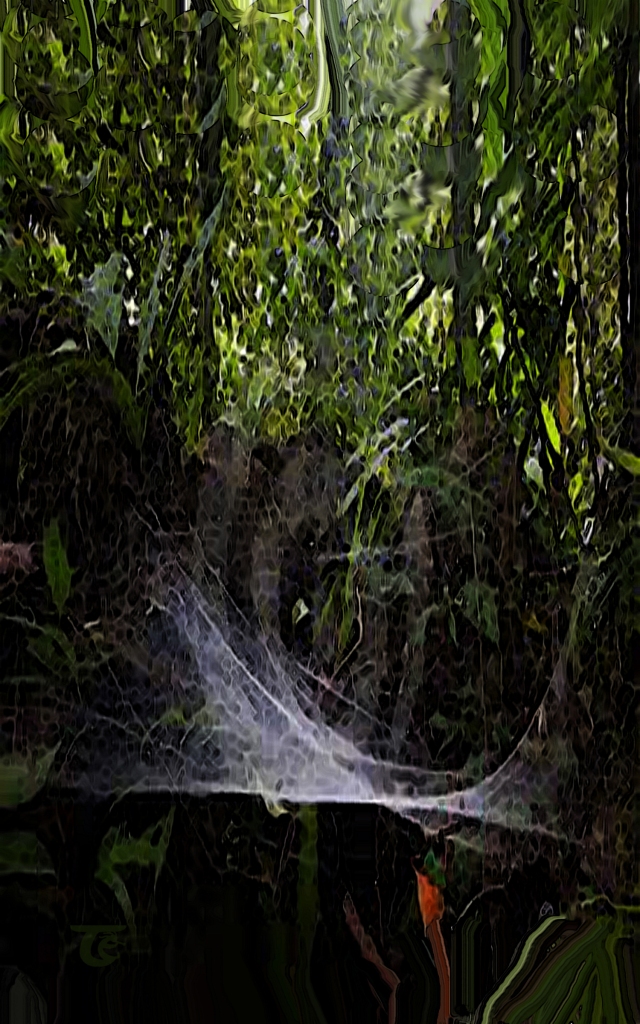 You didn’t think I was going to paint a SPIDER, did you?

Je' is a writer, artist, and stand up philosopher. She founded and directed two non-profit organizations for disadvantaged children and their families, served as a missionary for three years, is the author of several books and teaches art. Twitter: @jeczaja FB: https://www.facebook.com/grannysavage Amazon Author page: http://www.amazon.com/-/e/B00IU4RWKE
View all posts by Je' Czaja aka Granny Savage »
« Human Kindness: Watch for 3 Minutes-Bet You’ll Smile!
Enough with these rising food prices! »