God, Science and the Problem of Evil 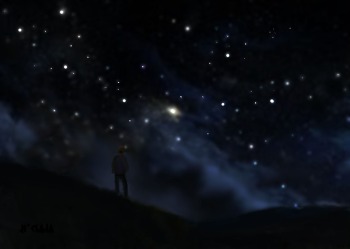 This post is in response to a twitter conversation. As you can imagine, it is difficult to discuss deep issues in 140 characters. Obviously what follows is my opinion, but then everything we think is our opinion, so here goes.

The contention was that since God cannot be proven by science, God is not real. Furthermore, if he were real, he would be a monster because terrible things happen and he is supposed to be in control of everything.

First, how do we know anything is real? If we limit what we know to what science can measure, then we are limiting ourselves too severely. Science has not only been wrong, science can be influenced by such petty things as politics and often has been. Infrared light and germs were real, but undetectable until we invented the instruments to measure them. What else is real that we don’t know about? We have NO FREAKING CLUE.

Einstein said, “Imagination is more important than knowledge. For knowledge is limited to all we know or understand, while imagination embraces the entire world, and all that there ever was to know and understand.” In fact, Einstein came up with his theory of relativity by conducting a thought experiment. On top of all that, quantum physics claims it can prove the existence of ten dimensions mathematically.

Ten? We know three, maybe four if you want to include time. What are the other six like? We have NO FREAKING CLUE, and no way (other than imagination) to even think about them, since we are partly 3D creatures moving through a 3D world. Yet if we want to believe science, then we have to believe that there are things beyond three dimensions that are real. To exclude the possibility that one of these things is God is just a personal choice. I am in favor of personal choices, but I don’t claim that they are anything more profound than that.

Other things we think are bad like accidents and disasters are the result of our fragile bodies colliding with physical laws. Could the world go on if its physical laws were suspended? Since about 40,000 humans die daily, would God look at this the same as we do? Unlikely, but then our sadness is not ignored; the Bible says that when he saw the grief of Lazurus’ sisters, “Jesus wept.”

I have come to regard the Old Testament mostly as allegories and cautionary tales: Whatever you do, don’t do this stuff! When the writers say, “God told us,” what can that mean when they are doing things like casting lots and interpreting signs to find out what God says? People change, people progress in their insight throughout the Old Testament until you get to the prophets thundering about social justice, which sounds pretty “modern.”

Then there is a New Testament. Why was a New Testament needed? Like Jesus said, “You have heard it said in old times…but I say to you…” Genocides, racism, land-stealing, murders, revenge, none of those things are in the New Testament-quite the opposite.

But then didn’t God murder his son to satisfy his thirst for vengeance?

No! That legalistic idea is fairly recent (recent in the span of 2,000 years.) The main point, made over and over again was that Jesus was God, somehow in the form of a human being (How? I have NO FREAKING CLUE) God did not kill his son, God laid down his own human life, not to pay some vendetta but to restore us to life, to bridge the gap between humans and Life. It was an act of love, not vengeance.

I have no beef with atheists. How can I, when I was an atheist for years, then an agnostic for several more years. I was even a “religious” Hindu for awhile. I became a Christian suddenly, unexpectedly, through a personal, profound and life-changing revelation.

To get there I had to open my mind-just a crack-to the possibility that there could be a God of some sort…maybe…possibly.

That’s all the “faith” I had; not even as much as mustard seed, more like a pepper grain, really, but it was enough. 🙂

Je' is a writer, artist, and stand up philosopher. She founded and directed two non-profit organizations for disadvantaged children and their families, served as a missionary for three years, is the author of several books and teaches art. Twitter: @jeczaja FB: https://www.facebook.com/grannysavage Amazon Author page: http://www.amazon.com/-/e/B00IU4RWKE
View all posts by Je' Czaja aka Granny Savage »
« A drunken bum was sleeping on the church lawn…
But what can we do? Un-Learning Helplessness »

2 thoughts on “God, Science and the Problem of Evil”