Rebellion at the DMV 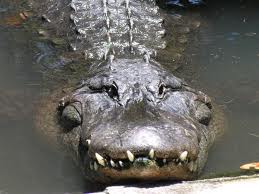 Complaint Department at the DMV

I drove a young friend to the Department of Motor Vehicles to renew her license. She was pregnant and experiencing morning sickness, so we made sure we got there when the doors opened, so we could get in and out quickly.

We and a blonde woman grabbed the first two tickets that supposedly reserved our place in line. The small waiting room quickly filled up, all the hard plastic chairs filled up and people lined up around the edge of the room and spilled outside.

They started calling letters and numbers, but strangely, they were in some order known only to the mysterious persons behind the glass window. After an hour my young friend made a dash for the restroom to throw up and the blonde woman began complaining. In fact, everyone began complaining. Uh, oh, rebellion was brewing at the DMV.

After two hours, I stepped outside to stretch my legs. The rebellion was brewing out there as well. “What the hell is the PROBLEM?” “Budget cuts.” Profanity, profanity. When I tried to go back inside, the crowd had thickened. While waiting politely to get through the masses, I noticed a sign on the wall.

“If you have any complaints about customer service, please call the hotline,” followed by an 800 number. “Hey, did you see this?” I asked the guy behind me. Drawing upon my conflict resolution and community organizing skills, I said to everyone: “Who has a cell phone? Let’s call the customer service hotline.”

A cellphone was quickly produced and I called the number. “If they answer, let me talk to them,” the blonde woman growled. But alas, they were “currently experiencing high call volume” and we never got through. “It’s all BS, there’s nobody there,” one guy said. “Budget cuts,” someone else replied. Profanity, profanity.

Three hours had passed and the ticket numbers were down to V235. My ticket was a “B” and the blonde woman’s was an “F.” Blondie marched up to the window and knocked on it. A person appeared, opened the window and Blondie let them have it. “I’ve been here since 9:00 o’clock, I got the second ticket and all these other people go in before me? What the hell’s going on?” “What letter are you?” “I’m an F and guess what? F YOU and the rest of you incompetents!”

“Yeah,” answered the masses in one voice. “F you.” The window snapped shut and the blonde woman’s number was called a few moments later. She huffed through the doors to the inner sanctum. “You know where she’s going, right?” said a man standing against the wall. We were all ears. “They’re going to throw her in the gator pit. They have a special room for people who say F you and they keep a big gator in it.”

We all laughed, but then we did live in Deepswamp, Georgia and gators were readily available. “You watch and see if that woman ever comes out, then you can tell me I’m wrong.” We all laughed again, but secretly, we all watched the parking lot to see if the woman came out.

She never did. Of course, she must have gone out a back exit or something, right? They don’t have a gator pit at the DMV for people who say, “F you.” Right? 🙂

Je' is a writer, artist, and stand up philosopher. She founded and directed two non-profit organizations for disadvantaged children and their families, served as a missionary for three years, is the author of several books and teaches art. Twitter: @jeczaja FB: https://www.facebook.com/grannysavage Amazon Author page: http://www.amazon.com/-/e/B00IU4RWKE
View all posts by Je' Czaja aka Granny Savage »
« Trauma: When your core beliefs are kicked out from under you
We Take Care of Each Other »