Why is bacon and eggs the all-American breakfast? Because Beechnut hired Edward Bernays (1891-1995) the father of public relations, to sell more bacon.

We still labor under the misconception that we are always rational beings persuaded by facts. Even though we accept the dictates of science as authoritative, scientists who now point out that we are largely driven by emotion have trouble gaining traction against the rational paradigm. 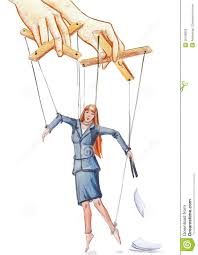 Edward Bernays listened to his uncle Sigmund (Freud) and operated on the theory that people were easy to manipulate because they are not rational in the Enlightenment sense, but readily respond to unconscious stimuli like Pavlov’s dogs. He not only got rich implementing this, but he bragged about it.

Bernays sold more bacon, not by telling Americans (who were then rushing out of the house with toast, juice and coffee) that bacon is yummy, but by asking doctors: “Is it more healthy to eat a hearty breakfast or a skimpy breakfast?” His ads then said, “Nine out of ten doctors recommend a hearty breakfast like this one-photo of bacons, eggs and juice. Doctors=health=long life. His simple equation has been used repeatedly in advertising ever since and is still effective.

The American tobacco industry approached Bernays with their problem: society had a taboo against women smoking in public; they were losing half the potential market. Bernays hired a bunch of pretty debutantes to step into a parade and light up their “freedom torches” on his signal. He notified the press when and where this “protest” would take place. Thus freedom for women was trumpeted all over the America press-and voila.

Bernays sold more than smokes and bacon. He was hired by the United Fruit Company to persuade Americans that Guatemalan president Jacobo Arbenz was a godless communist crouched on their doorstep. The fact that then-CIA director Allen Dulles had significant shares in United Fruit Company played a hand in what followed.

Bernays took American journalists to Guatemala and arranged for them to interview only those who opposed Arbenz, who was ultimately overthrown in one of the first US-sponsored coups designed to make the world safe for large U.S. corporations. This state-corporate propaganda partnership has become so ubiquitous that news outlets now run videos produced by the state department without even editing them or revealing where they came from.

Bernays literally wrote the book on Propaganda, the title of his 1928 book. He was quite proud of his manipulations:

The conscious and intelligent manipulation of the organized habits and opinions of the masses is an important element in democratic society. Those who manipulate this unseen mechanism of society constitute an invisible government which is the true ruling power of our country.

You might have to admit that Bernays was pretty smart; he certainly thought so and he thought the rest of us were pretty stupid. According to his daughter, Ann, “-“He knows everybody, he knows the mayor and the senator-it’s as if he got literally a high or bang out of doing what he did. People who worked for him were stupid, children were stupid. It was a word he used over and over.”

What to do about this deception? “Question everything,” as Einstein said. Seek alternatives to the corporate-run media news. Ask yourself when commercials come on, “What absurd statement are they really making?” That this toothpaste will bring me love? That this car will make beautiful women putty in my hands? That you will have no friends unless you buy these shoes?” It’s a fun game and will engage the thinking part of your brain (yes, we CAN think) while you’re waiting for your show to resume.

Je' is a writer, artist, and stand up philosopher. She founded and directed two non-profit organizations for disadvantaged children and their families, served as a missionary for three years, is the author of several books and teaches art. Twitter: @jeczaja FB: https://www.facebook.com/grannysavage Amazon Author page: http://www.amazon.com/-/e/B00IU4RWKE
View all posts by Je' Czaja aka Granny Savage »
« And polar bears love you! For breakfast lunch or dinner
Nothing like dying to change your outlook on life »