The History of the World in Less Than 800 Words 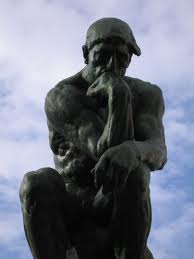 The Big Picture: History of the World in 712 Words

Long ago our ancestors became conscious of far more than mere animals can bear. They suddenly knew they would die one day and they knew right from wrong and still did wrong. We are still working on those dilemmas, called “The Human Problem” by philosophers.

For 100,000 years, give or take, our ancestors roamed about eating whatever they could find. They lived in extended families and decided issues around the camp fire. What we call democracy is that old. They were as smart as we are today, lacking only the technology we possess. They believed in fairness and admired beauty and loved their children. They made art and music and made love.

About 80,000 years ago a group crossed from Africa to Yemen, perhaps goaded by changing climate (climate is always changing.) The world was different then: sea levels were 300 feet lower and Yemen had fresh water springs along the coast which are now, along with the earliest settlements, under water.

Our ancestors followed the coast where food was available and traveled up rivers. Wouldn’t you? They grew in numbers and split up into new groups and tried to get together at certain times of year to party, worship and exchange sons and daughters in marriage. By perhaps 50-60,000 years ago some of them had reached all the way to Australia, mostly by land since there was a lot more land back then.

As they spread and groups became isolated, small changes occurred in their DNA. Some became lighter-skinned to absorb more vitamin D. About 10,000 years ago the gene mutation for blue eyes kicked in. Some met up with Neanderthals, who were not brutes, but fully human. They lived next to the Neanderthals for millennia and some found them to be ruggedly handsome, apparently, because certain Europeans today have about 4% Neanderthal DNA. Neanderthals didn’t go extinct so much as got absorbed.

Humans spread all over and survived the eruption of the super volcano Mt. Toba as well as the miserable Ice Age, which was at its maximum 22,000 years ago. They adapted to the changing environment, plants and animals and terrain in various ingenious ways. They mostly tried to stay alive, so they had mechanisms for avoiding battles, such as councils of elders to settle disputes. But when those failed, they fought. Some nasty bands took to fighting and raiding as a survival tactic. All of this continues to this day.

A huge (but gradual) change was farming as opposed to hunter-gathering. Raising grain and keeping animals was a great survival tactic-in a way. From about 10,000 years ago, tribes became more settled and some individuals had the specialized task of administering and protecting the community grain supply. “Modern” government was born to protect the surplus crops from raiders. “Modern” trade was undertaken to exchange surplus in one commodity for lack of other commodities. This trade spanned practically the whole world and besides exchanging goods, they exchanged ideas and DNA, which is why we are almost all mongrels. But we are smart, tough, surviving mongrels!

As populations, surplus and surplus administrators grew, the world started to look more like it does now. More organized groups raided less organized groups and took extra people as slaves, while leaving the tillers of the soil to till and pay tribute. The identity of the raiders changed from time to time and those are the stories you will find under “world history” today; basically which raiders were in power and which other raiders they defeated, enslaved and exploited. This also continues today.

The raiders and surplus guarders grew in number, strength and complexity and that brings us up to the present.  The big change was 10,000 years ago when tribes stopped wandering (some still do, of course) and took possession of a plot of land. The tribe owned the land then, but soon the guarders divided it up for their personal use.

So here we are today. The guarders guard the property of the owners and go on raids from time to time. The tillers feel vaguely uneasy about all this and think we should all discuss it around the camp fire. If they build a camp fire, the guarders will extinguish it as quickly as possible and as brutally as necessary.

Je' is a writer, artist, and stand up philosopher. She founded and directed two non-profit organizations for disadvantaged children and their families, served as a missionary for three years, is the author of several books and teaches art. Twitter: @jeczaja FB: https://www.facebook.com/grannysavage Amazon Author page: http://www.amazon.com/-/e/B00IU4RWKE
View all posts by Je' Czaja aka Granny Savage »
« Fox News: How Fear Makes You Stupid
Some Things are So Beautiful I Forget to Breathe »