Why Did the Cavemen Paint?

Cavemen painted for the same reason all humans make art: They wanted to communicate: I was here. I saw this. I thought it was beautiful. What do you think? The question draws in the viewer, a viewer that they would never meet but that that they imagined.

I study history so much I’ve concluded that it is often a collection of propaganda with footnotes, because historians project their worldview onto the past. For example, Rome has been depicted as a heroic, civilizing empire while it more resembles the Mafia with a big army. Why? British historians were following the same imperialist path and they wanted to glorify Rome.

I don’t know much about waging wars, but I do know a little about art. Documentaries on the cave paintings often assert that the cave art was made for shamanistic purposes, that is, by “capturing” the animal on the cave wall they hoped to magically capture it outside and eat it. This assumes that cave men were as crass as we are and “profit” was their motive. Why else would they go to all that trouble unless they could gain materially?

This does not ring true. After studying the subject and listening to the archeologists repeat this, I decided to ask a very gifted, intuitive artist what she thought. “Autumn, why did our ancestors paint on the cave walls?” Without hesitation she replied, “Because they thought the animals were beautiful.” Bingo.

They watched the herds cross the plains and thought they were beautiful. They retained this image in their minds and drew them on the cave walls, with graceful and accurate curves; the curve of the horse’s neck, the aurochs horns, the power and moveme

nt. If you ran into an auroch in the wild, it would be etched into your memory, too. They stood six feet tall at the shoulder, with forward-curving horns. Our ancestors had watched them fight, tearing up the grass and bellowing. Impressive. When Picasso saw the caves at Lascaux, he said, “We have learned nothing.”

My painting “Auroch,” met on a misty morning. The auroch thinks, “Who are you and what do you want?” I think, “Oh no, I’m caught in an open field with a massive, six foot bull who just woke up.”

One archeologist had an elaborate theory on the spotted horses sometimes depicted. Using sophisticated medical technology, he sought to prove that these were horses were drawn under the influence of hallucinogens. I hope this study wasn’t funded by a government grant, because guess what? Spotted horses really exist. The modern breed is called Appaloosa. They drew spotted horses they had seen, because they were beautiful.

Our society is so utilitarian; it cannot imagine doing something just to communicate beauty. “What is the purpose?” is all they can think to ask, “How did this enhance their survival?” They can’t see the difference between mere survival and living; living as a whole, curious, playful, beauty-appreciating, imaginative human being.

Across the millennia, I want to answer my ancestor’s question. “Yes, I also think the animals are beautiful-and thank you for sharing them with us.” 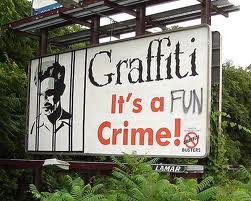 Je' is a writer, artist, and stand up philosopher. She founded and directed two non-profit organizations for disadvantaged children and their families, served as a missionary for three years, is the author of several books and teaches art. Twitter: @jeczaja FB: https://www.facebook.com/grannysavage Amazon Author page: http://www.amazon.com/-/e/B00IU4RWKE
View all posts by Je' Czaja aka Granny Savage »
« Painting Rocks on the Kitchen Floor
Being a Confident Woman in a “Man’s World” »

7 thoughts on “Why Did the Cavemen Paint?”